What We Wish We’d Known Sooner About Men II 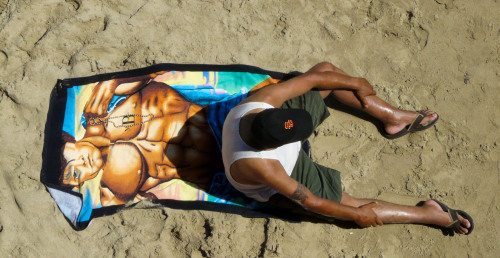 Men and Women Are Not Equal
I’m not talking about equal rights or equal pay, although those issues are still not completely resolved. The Venuses grew up during and after the women’s movement, fully expecting to work outside the home and to share childrearing and homemaking responsibilities with their mates. Somehow it never worked out the 50-50 way we envisioned it.

While most of us did work or pursue careers, we also did the majority of the shopping, cooking, laundry, and other housework. Generally, the bulk of the childcare seemed to fall to us women. There are likely a multitude of reasons for this phenomenon, such as patterning after our mothers, loose boundaries, and caretaking addictions. However, the biggest reason might be simply our wiring differences. Women notice and think globally – that is we are aware of multiple inputs in the environment. We naturally process all these inputs at once and multitask accordingly.

Men have much greater powers of concentration, focusing on a task at hand while filtering out input unrelated to said task. Which is why the toddler can be putting oatmeal in the VCR right next to a man while he is on the computer, and he won’t notice it. This focus can be and is a gift. It is useful, even desirable in many situations. However, overall house management and simultaneous childcare are not among them.

Genelle is one of our satellite Venuses. She hasn’t been able to attend a meeting yet, but she offers juicy insights on a regular basis. She told us how the global awareness of women came into direct contact with the more focused concentration of men in her own household one evening. She had just finished the dinner dishes and making snacks for movie night at home. Laden with blankets, a bowl of popcorn, and the movie they were to watch, she asked her husband as she moved from kitchen to living room, “Could you put away the butter, grab the cat, and bring the salt?” In all seriousness, he replied, “Well, I can’t do EVERYTHING.” “What?” was her only rejoinder, as she gaped at him in astonishment.

Fortuitously the movie they watched that night was “March of the Penguins”. Genelle claims that it hit her like a bolt from the blue that the male penguin was a perfect analog to the male human. He was able to perform only one task in preparing for his offspring. He could only sit on the egg. The female had several chores, but the male had one all-consuming and important task – sitting on the egg. She turned to her husband excitedly. “I get it, honey. It’s all about the egg.” Her husband looked at her quizzically. “It’s all about the single-pointed attention and focus on the task at hand that makes men so good at what they do. And so pitiful at what women do.”

Genelle summarizes her epiphany about men and their singlemindedness.

“Men are very simple creatures. What you see is what you
get. It’s not their fault, but they can only do one friggin’
thing at a time. They can’t cook while paying bills, nursing
the baby, and answer the phone. They block out everything
but the task they are doing. It’s not a fault, it’s a flaw.”

Don’t get us wrong here. We aren’t proclaiming the superiority of one sex over another. Men aren’t worse or better than women, just different. Men actually can do more than one thing at a time. They are capable of tremendous multitasking when it is related to a single focused goal, such as work or career. The ability to block out excess stimuli makes them less distractable and more on target. Women are not as skilled at filtering and have an expanded awareness of nearly everything in the environment – great for some endeavors and not for others.

Although this may be a bit of an oversimplification, it is nonetheless true that men and women are wired differently. A man’s brain is actually anatomically different than a woman’s. A “bridge” called by the fancy name of corpus callosum connects the right hemisphere of the brain to the left in all humans. In men, that bridge is much smaller than in women. This is believed to be why women are less focused, more global thinkers. The linear left brain is better linked with the more intuitive, emotional right brain in women. Even though I am a nurse, I never understood until recently the full ramifications of this physical difference. It seemed like a quirky bit of medical trivia, rather than a physiological basis for the sexes seeming like different species to one another.

This linkage between brain hemispheres may be related to the greater emotionality of women, as well. For most of us, it was a revelation that men’s emotional lives seemed so much less intense than ours. We thought they just weren’t good at expressing their feelings, but perhaps their feelings were not as paramount in their everyday lives as ours.

Jane-Venus wished she’d known this little detail much sooner. She sees it this way:
“Men are incapable of the same thought processes and
depths of emotions that women have, so we shouldn’t
have expectations of them to be like our girlfriends.”

If we’d only known earlier that men were so very different than we are, it could have saved us so much frustration, hurt, and confusion. If there were one thing we’d like to pass on to our sisters and daughters, it would be this. Men are nothing like us. And no amount of wishful thinking, classes, or therapy will wire them in a similar fashion to us.

We desperately wish we’d known sooner how different men are from women. We wish we’d known our separate gifts, without judgment or anger. But it’s not too late for understanding to grow.

Armed with this knowledge, we might embark on a new voyage of discovery with the men in our lives, based on our differences and how they blend together rather than basing everything on our own inner experience. And our men might be well served to do the same.

(Material partially adapted from my book “The Big M”. Click on the link below to buy the book – proceeds help support this website – thanks for your support!)