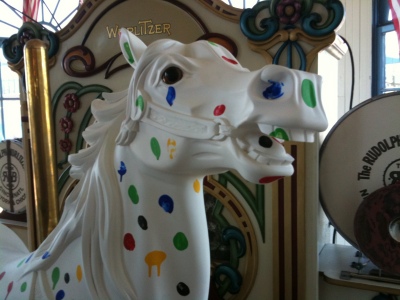 Sigh. No matter how old we are, it seems that men are a hot topic whenever women gab, talk, or converse. The main reason for our preoccupation with the male animal? They are not like us. At all. They don’t think like we do. They don’t notice their environment or relate the way women do. Their emotional life is less visible (and it seems to us, a lot simpler.) They really are a horse of a different color.

The differences between men and women continue to surprise us, even though we know better. Or at least we ought to by now. So we’re sharing what we’ve learned with you, our goddesses in training, in the hopes that you won’t beat your head against that proverbial wall nearly as long as we all have. We have the bumps and bruises to prove it.

If we’d only known sooner that men are simply wired differently, we might not have suffered so much angst nor worked so hard to change them. Believing men were anything like us was a losing proposition from the get-go. We cannot stress this enough!

“Men just don’t think like we do. They can be
great friends, lovers, and amusements, but they are not like
us. Even men with strong feminine sides are still MEN and
their brains are just different. You are not going to change
them. They are who they are and eons of evolving haven’t
changed them, so how can we?”

The Venuses believe that if we’d known sooner that men were actually a different species of being, we might have been able to accept them for what they are instead of trying to turn an otter into a zebra. The amount of energy we have expended on this unattainable and unrealistic goal could move mountains. Or solve the energy crisis. Or both.

Some of the differences are striking when we notice them in day-to-day life. We’ll let you in on a few that would have been invaluable to know about sooner. Although it’s never too late to start learning what makes men tick.

Men Are The Weaker Sex
Ask any midlife woman whether men or women are the stronger gender and she will answer unequivocally “Women”. Men are physically stronger, but less resilient in the face of long term adversity, emotional upheaval, and physical illness. Perhaps it is their wiring; perhaps it is due to their identity as the stronger sex, but whatever the reason, men just don’t handle extended life crises all that well. Particularly when there is nothing you can actually DO to fix it.

Women are used to weathering storms in their own bodies. Monthly menses, pregnancy, childbirth, and menopause remind us continually that we are not in control. Men aren’t subject to these reminders so problems that are not immediately amenable to action just turn them inside out and upside down. They are geared for action and as every woman can attest, some of life’s difficulties just have to run their course. You can’t do anything about them.

Alas, when we are in the midst of a storm that we need to ride out, the men in our life become part of the problem. If they aren’t able to DO something about it, then they start freaking out. Unable to simply BE with the crise du jour, they become little dust devils of ineffectual activity. Before we know it, we are taking care of the storm and we are taking care of them, too.

Which leads us to another thing we wished we’d known about men: We aren’t true equals. That’s a big enough topic that we’ll cover it in the next blog entry. For now, just focus on the fact that men are not like us – and they never will be. Ever. No matter what. If you can be okay with this fact; relax into it and be present with it without needing to change it; your relationships with males will be greatly enhanced. And life will be so much happier. We guarantee it.
(Material partially adapted from my book “The Big M”. Click on the link below to buy the book – proceeds help support this website – thanks for your support!)