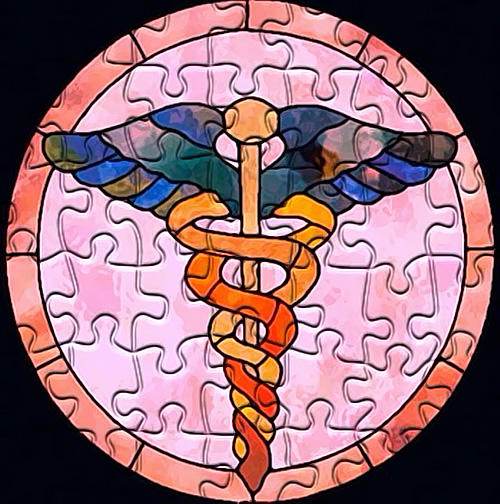 As a nurse, I belong to a continuing education / latest research site called Medscape. It’s nothing short of wonderful. When I think of the sheer poundage of my professional magazines that I subscribed to in the past, it boggles the mind. (And stimulates my guilt reflex when pondering how many trees gave their lives so that I might give better nursing care.)

Now with a couple of keystrokes, I can stuff my few remaining brain cells with the latest nursing and medical knowledge. Amazing. I love love love the internet. But I digress – which happens to me a lot since The Big M.

Hot Flashes Sufferers Live Longer?
I received a tweet the other day that stated “research shows women that have a large number of hot flashes live longer.” I went to the actual study and found that in truth, it was women that reported night sweats in addition to their hot flashes. They had a 30% lower mortality rate from heart disease than women who didn’t suffer from nocturnal overheating, irrespective of risk factors or HRT (hormone replacement therapy) usage.

Wow. I believe that I will likely live to 210 years of age if this is true. Thank God for wicking sleepwear. (Stay tuned for the debut of our Menopause Marketplace to find great wicking sleepwear vendors.)

Does Depression Affect Menopausal Symptoms?
This study found that women suffering depression reported more menopause symptoms. Conversely, the authors were surprised to find that menopause also seemed to lead to more depression. The first thing I have to say about these results is “Well , DUH!”

The second is that this sounds a little like “Which came first, the chicken or the egg?” Which we could debate forever, but why would we want to?

Most important were the conclusions of the study – that identification and treatment of depression might help with symptoms of menopause as well.

True enough, but at what cost? We are already seeing a number of articles promoting antidepressants to treat menopause, which really is like trying to shoot a fly with an elephant gun. While I am the first to say that menopause symptoms suck, I also believe in the remedy with the least side effects that helps.

I strongly believe in antidepressant drugs when necessary. When depression causes significant disruption of daily life activities or relationships or suicidal thoughts, then pharmaceutical treatment along with professional therapy can be life saving.

But we need to assess a matter of degree with depression. Some mild depression, e.g. feeling sad and blue, weepy, not motivated during menopause affected all of the Goddesses to some degree. When we shared it with one another, it lessened greatly. It was wonderful to find out that it was normal and it was likely temporary.

Two of our goddesses have suffered from depression pre-menopause and have taken antidepressant therapy successfully. The rest of us just felt crappy for awhile.

Risk for Major Depression Increases During and After Menopause

I couldn’t find out how the researchers defined major depressive episode. One of the researchers did make this statement, which was billed in the Medscape article as the take-home message for clinicians. “When women come in and are thinking that they have some extra difficulties with life and feel down and blue…take it seriously. It is not just a passing thing.”

Okay, that worries me. Because it describes nearly every menopausal woman I’ve known at some point in her journey. I personally felt down and blue, and was dragging my weary arse through the days during the worst of the Big M. I was also hot, cranky, and sleep deprived which likely made it worse. But it WAS just a passing thing. It was normal. The best treatment I experienced (besides sleep and cooling measures) was support and commiseration from my Menopause Goddess sisters.

While I’m delighted that we are doing some research on The Big M, I have to wonder why we aren’t looking into bioidentical hormones, herbal therapies, and the effects of support groups. Could it be because there is no funding for these types of research?

So ladies, remember the one Latin legal phrase I learned in nursing school “caveat emptor”. Let the buyer beware. You are the buyer of your own health care. Pick and choose. Ask questions – lots of them. Ask about side effects and risk-benefit analysis. And not to be a conspiracy theorist, but ask yourself who might have funded a given research study? Who stood to gain?