The Rear View And The Road Ahead for Menopause Goddesses 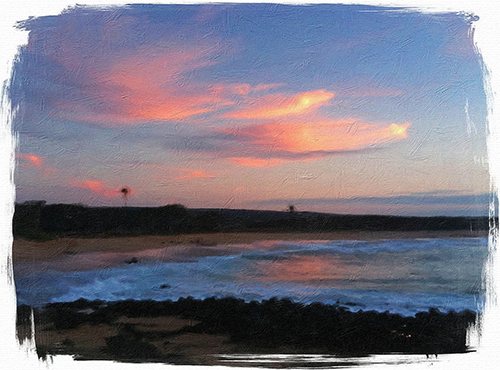 It’s that time again – time to peek back at the year coming to a close and to look ahead to creating a brand new year.

I used to forget to look back at how much I had accomplished, enjoyed, and lived each year. I was much too focused on what lay ahead and how I might want to improve myself. You know: more exercise, better health habits, being more organized, blah blah blah.

About ten years ago, I started making “Done Lists” at the end of each year, in order to not only celebrate what I’d lived, but to freaking REMEMBER it! With the advent of menopause, remembering became a lost art, that needed a little nudge (I used my calendar to make notes all year and that helped me re-view what happened.)

My “Done Lists” evolved into Ta Da lists (a great replacement for To Do lists.).

Still, after celebrating the passing year, it’s natural to then look ahead to the coming one. Every New Year’s eve, I have this delicious feeling of a clean slate with all possibilities open.

Most of us goddesses don’t make New Year’s resolutions anymore. We know that particular activity to be a slippery, guilt-iced slope that will only irritate us in the long run. But we do create “intentions” or “wishes”. Sometimes, especially with menopause brain, it’s hard to get started or to focus on what we want to manifest next.

A few years ago, sister goddess Robin Blanc Mascari shared with us two sets of simple yet profound questions. One set is designed to help guide us through re-viewing the year just passing and the other is geared to helping us envision the coming year. It seemed time to revisit them. The answers might be very illuminating.

And if there seem to be an overwhelming amount of questions? (Which can make it seem like more of another chore than a graceful looking back and forward.) Just choose 5 to answer.

I originally chose 5 and ended up so curious, that I answered them all. A pdf copy is available at the end of this blog entry   download.

What was your biggest triumph in 2010?

What was the smartest decision you made in 2010?

What one word best sums up and describes your 2010 experience?

What was the greatest lesson you learned in 2010?

What was the most loving service you performed in 2010?

What is your biggest piece of unfinished business in 2010?

What are you most happy about completing in 2010?

Who were the three people that had the greatest impact on your life in 2010?

What was the biggest surprise in 2010?

What important relationship improved the most in 2010?

What compliment would you liked to have received in 2010?

What compliment would you liked to have given in 2010?

What else do you need to do or say to be complete with 2010?

What would you like to be your greatest triumph in 2011?

What advice would you like to give yourself in 2011?

What is the major effort you are planning to improve your financial results in 2011?

What would you be most happy about completing in 2011?

What major indulgence are you willing to experience in 2011?

What would you like to change about yourself in 2011?

What are you looking forward to learning in 2011?

What do you think will be your greatest risk in 2011?

What about your work are you most committed to changing and improving in 2011?

What is one as yet undeveloped talent you are willing to explore in 2011?

What brings you the most joy and how are you going to do or have more of that in 2011?

Who or what, other than yourself, are you most committed to loving and serving in 2011?

What one word would you like to have as your theme in 2011?

Happy New Year to all you menopausal and midlife goddesses! Here’s hoping that 2011 brings you peace, joy, and cooling breezes!