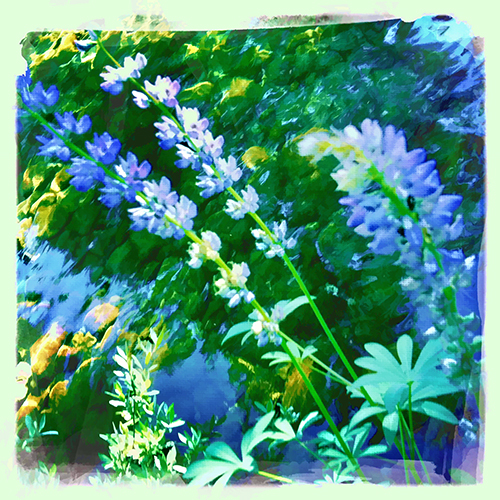 This week’s guest post by Ryan Rivera offers some helpful information about natural supplements that can alleviate menopause symptoms and make for an easier transition. Obviously, each woman is different and will respond individually to any given remedy. Yep, we end up having to be our own guinea pigs sometimes before we find what helps and what doesn’t. Remember when trying any plant based or natural supplement to give it time to work (at least 2 weeks for most) and to try only one at a time. I know how tempting it is to try any and every thing just to get some sleep, cool down, or mellow out. Resist the temptation and you may find a new balance. For now, read Ryan’s excellent guest blog entry:

A woman’s body is like a ticking time bomb. After more or less forty years of conception, a woman will run out of enough hormones and face the challenges that this anxiety-producing phase brings.

While we were younger, our hormones play an important role in shaping how we look, how we perceive and how we react to things that surround us. Our hormones give sharpness to the mold of which is our body. It defines the swell of our breasts, the trim of our waistlines and the curves of our hips. It is our ego-bolstering machine that helps men see as us as voluptuous as we perceive ourselves.

Aside from this beauty enhancing function, hormones direct how our mood goes as well. From high to low, low to high, or to crazy, crazier to craziest, these hormones control our emotions like a very good marionette player.

But such control will soon be lost as we grow old and these hormones dwindle in quantity, leaving us to carry on with the symptoms of menopause such as hot flushes during the day, sweating at night, frequent mood changes, vaginal dryness, and anxiety attacks.

To help relieve these uncomfortable symptoms that ageing brings, here are a few natural techniques currently endorsed by various experts.

The flowering tops of this perennial clover plant have been found to effectively treat the distressing symptoms of menopause. This herb, scientifically known as Trofolium pretense, is high in vitamin and mineral content that includes vitamin A, vitamin C, vitamin E, vitamin K, calcium, magnesium, niacin, phosphorus, potassium, and thiamine. These essential vitamins and minerals help reinforce cell, tissue, and organ growth and maintenance which further assists in fighting illness and infirmity.

This “magical plant”, as considered by the ancient Greeks and Romans for its ability to ward off evil, is sought after by many menopausal women for its isoflavones compound that act as phytoestrogens. These phytoestrogens mimic the function of estrogen in the human body. This means that it works by substituting natural human hormones with plant-like compounds. Thus, when taken, it amazingly supplies the needed estrogen of the body to prevent estrogen loss and remedy menopausal symptoms. It has almost the same effect as hormone replacement therapy minus the expensive cost.

Red clover can be consumed as tea or taken as a tablet.

The startling heave of body heat or hot flashes frequently complained by women in menopausal stage can be effectively solved through the use of black cohosh.

Black Cohosh or Actaea Racemosa, is also a phytoestrogenic plant that belongs to the buttercup family and native to the woods of eastern North America. It is made up of acetein and ferulic or isoferulic acids that work to prevent hypertensive and inflammatory effects from flourishing in those with menstrual problems, menopausal syndrome and rheumatism.

Black cohosh herbal supplements such as tea, pills, tablets and liquid extracts are made from its roots and underground stems. Its usage is recommended only for six months or less since prolonged use can lead to risks of strokes, heart attacks, and cases of breast cancer for some women.

Scientifically known as Lepidium meyenii, this non-estrogenic herb that grows in the plateau of the Andean mountains in Peru has been specifically used for the treatment of menopause symptoms.

As a non-estrogenic herb, macafem takes care of hormonal problems without bringing in artificial estrogen-like substances into the body. It acts more like an energizer that helps stimulate the body to create its own production of hormones naturally. Moreover, this kind of herb does not produce the side effects that phytoestrogenic herbs bring to the table.

All symptoms of menopause such as mood swings, loss of sexual desire, vaginal dryness, and hot flushes are successfully alleviated by Macafem. Aside from this, thyroid function is also improved, as this herb help to stimulate metabolism. So, women not only rid themselves of menopausal symptoms but unwanted fats as well.

Probiotics are live microorganisms of the lactobacilli family that are found in products such as soy, miso, buttermilk shakes, kefir and yogurt. They act similarly like the good bacteria found in human GIT. When taken, they produce lactic acid that helps alters the pH balance of the intestines to make it more acidic and inhibit the growth of bad bacteria.

Good bacteria such as Lactobacillus acidophilous, and Bifidus that are found in the gut are important for women who are going through menopause. A healthy gastrointestinal tract helps to reduce the symptoms brought about by ageing. With a restored good bacterial growth in the GIT, menopausal symptoms such as night sweats, acid reflux, eczema, irritability, and yeast infections will be effectively eliminated.

Another effective means of relieving menopausal symptoms is the use of sepia, a homeopathic remedy. Sepia helps to relieve hot flashes, depression, excessive perspiration, and moodiness. This homeopathic remedy is prepared from the pigment obtained from the ink sac of cuttlefish. This ink is then dried and ground into fine powder and formed into tablets.

As women approach the stage of menopause, the threat of developing severe hot flashes, night sweats, and other anxiety symptoms will arise as well. To bring relief from these menopausal symptoms, proper and guided use of the above-mentioned substances should be considered.

Ryan Rivera is a former anxiety sufferer. His anxiety management program focused on natural methods. A complete guide of these methods can be found at his website at Calmclinic.com.