Celebrate The Dance of Menopause 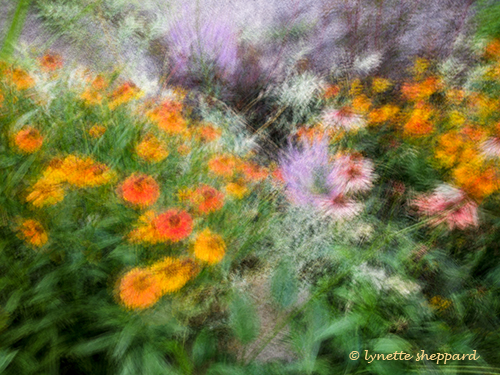 Dance of the Flowers © lynette sheppard

Menopause can be a difficult transition sometimes. It can also be a freeing, amazing time for growth and celebration. There’s plenty of info on symptoms, remedies, and coping methods. Not so much on the wonders of this passage. How can we highlight the great part of Menopause? Two inspiring women are hoping to do just that by starting hot flash mobs.

I seriously love the flash mob craze, where people seemingly spontaneously burst into a choreographed dance in a public venue. My all time favorite is Patrick Makuakane’s hula troupe dancing in the aisles on a Hawaiian airlines flight. Though I dance hula, I never saw myself in such a circumstance. Until now.

In celebration of Menopause, Dr. Eve Agee and Jeanette DePatie are organizing “hot flash mobs” this September, which not so coincidentally is National Menopause awareness month. I’ll let them tell you more about it:

The Hot Flash Mob is a worldwide, synchronized dance movement being kicked off in the month of September to honor National Menopause Awareness Month. Hot Flash Mobs are happening in New York, LA, San Francisco, Arkansas and the UK and are forming all over the place.

The Hot Flash Mob movement celebrates the grace, beauty and strength of peri-menopausal and menopausal women as well as the power that women derive from helping and supporting one another. Choreographed to a super-fun, hot Latin beat, the Hot Flash Mob is danced around the world by men and women of all ages, shapes, backgrounds, sizes and abilities.

Frustrated by the negative and fear-mongering approach to peri-menopause and menopause often observed in today’s society medical anthropologist Dr. Eve Agee and certified fitness trainer Jeanette DePatie (A.K.A. The Fat Chick) created the Hot Flash Mobs as a way for women to come together and find ways to make the menopausal transition easier as well as connect to this rich time in women’s lives.

Peri-menopause and menopause certainly can be difficult transitions for women, but they don’t have to be.  In many traditional cultures, women do not have all the symptoms and problems that are so typical in the West. In many of these societies, menopause is anticipated as a time of deep wisdom and renewed creativity in a woman’s life and is regarded as a time for women to get together to support and share with one other.

The Hot Flash Mob Movement was created as a way for women around the world to get together, shake our collective groove things, support one another, and show the world that menopause doesn’t have to be an ending, but rather can serve as a beginning to a new time of joy, insight and creativity.

Please sign up at www.thehotflashmob.com to watch the video to learn the easy and fun Menopause Mambo, receive updates about Hot Flash Mobs near you or to start your own and join us in announcing to the world, “I’m menopausal (or peri-menopausal), and baby, I’m Hot!.”

So ladies, get your dancing shoes on (tennis shoes will do fine) and get hot to steppin’. Be sure to have your hot flash mob captured on video and send a link to Eve and Jeanette. Our annual Goddess gathering takes place at the end of September, so we are soon going to be learning our steps. (I watched the Menopause Mambo instructional video – it is easy. Whew.) And here it is:

Can We Prevent Menopause? Should We? | Menopause Goddess Blog dot com