Menopause And Anxiety: The Night Terrors Pt. I 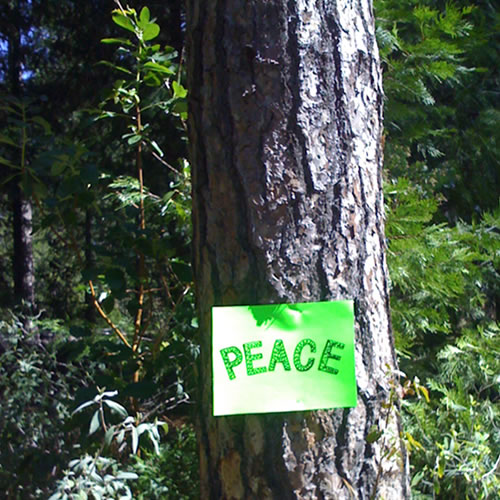 There is always the Garden – © wcjacobson

I’ve received a great many letters from readers confirming that the least talked about symptoms of menopause were afflicting them. Like many of us, they were just happy to  know that they were not going crazy.

We Venuses may not all have suffered daytime panic, but each of us had nocturnal visits from a variety of rest-sucking fears we called the night terrors. Thankfully, these were temporary, but while this symptom was with us, it seemed ovewhelming.

Our specters included anxiety and worry, instant replays, and the list of undones. Some of us got all three of these lovelies, occasionally all in the same night. Along with insomnia, these visitations disrupted our sleep profoundly, leaving us more vulnerable to all the other emotional and physical changes that afflict us during the daylight hours.

Initially, I was feeling rather smug during the onset of menopause because I did not find myself bursting into tears or excessively cranky like some of my menopause goddess sisters. However, I made up for this initial blessing in spades during the night time.

In the wee hours of each morning, I would wake to find myself aboard the Fretliner Express, my own personal bullet train to anxiety and worry. While I would have no memory of embarking or even purchasing a ticket, I’d suddenly be speeding straight on to worst-case scenario with no stops at logic, rationality, or probability statistics.

“But this is not me!” I’d cry out silently. “I just don’t worry.” I think I’ve mentioned before that this phrase could be the mantra of mid-life women “This is not me.” Alas, it is you. And me. Now.

Back to the Fretliner – as always, I would be alone and the train would be whizzing past stops so fast I couldn’t tell where we were. Of course it is an underground train – eerie and dark and forbidding. My heart raced, and I worried. About everything, it would seem. My kids – where are they right now? Either sound asleep, like I ought to be or partying the night away with their friends or mates. In any case, they were thousands of miles away, living their own lives. But I worried about unseen, amorphous dangers they might encounter.

I worryied about my health, my husband’s health, the health of my island or the planet. I fretted about global warming and whether Friendly Market sould have mahi-mahi for the following night’s dinner. I worried about aging in general. I worried that Island Air might be late on a trip to Maui, though we had no particular schedule that would be affected if it were late.

All these worries seemed equal somehow. Equal as in HUGE. So I would lay awake – worrying and fretting and desperate to get back to sleep. The worst part was that all this worry was aging me further! As much as I lost my train of thought those early days, I couldn’t seem to lose my nocturnal journeys on the Fretliner Express train. For many months.

Take heart, dear ones. It doesn’t last forever. It actually becomes laughable. I swear it.

Stay tuned for variations on the night terrors in the next blog entry.