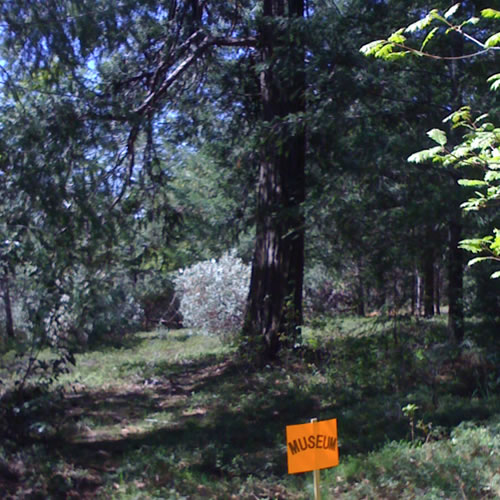 Night time anxiety was such a common symptom among those of us going through menopause. Let me describe a couple more variations on this distressing theme: Instant Replays and Night of the Undones.

Instant Replays were a hard-to-swallow flavor of the night terrors for us menopausal goddesses. Here’s how it went: Like a curmudgeonly version of the movie “Groundhog Day”, you are forced to relive over and over some insignificant event. The repetition could drive you stark, raving mad. Ordinary moments play over and over in your brain like visual earworms. You re-view the dinner where you had an extra glass of wine and told an overlong albeit amusing story about your cats. You see yourself over and over again saying something stupid to your neighbor. A little episode of mutual crankiness at the dinner table plays ad nauseum. Even a mundane phone conversation with your mother is stuck on repeat.

Yet unlike that uplifting movie where Bill Murray learns the meaning of life and love, you just keep viewing the same loop with no resolution in sight. And in the morning you know it will strike you as inconsequential and meaningless, even silly, but right now in the dark of night, it won’t leave you alone. It drones on like a mosquito, bent on sucking the rest right out of you.

Then there is the dreaded “Night of the Undones”, a B-grade subplot of the horror movie that is menopause. The Undones. Those things you forgot to do, should have done, or worry that you might need to do – like thought zombies that parade through your night, jostling you, keeping you awake with silent incessant nagging. Did I pay last month’s phone bill? I can’t remember seeing it. I forgot to call the plumber or clean the catbox. I should have bought computer paper. When did I last check the oil in the car? What am I going to do with all those Christmas cards I bought, now that it is mid-January? Did I buy laundry soap? Did I clean the lint catcher in the dryer? Did I set the Tivo to record Desperate Housewives?
The litany goes on. And on.
If I got up and wrote these little reminders down, I’d be up for a while. Usually, I would stay in bed trying to focus enough to commit them to memory, in case they might be important. However, this took long enough that, I’d be up anyway. If I tried to ignore the Undone zombies, they just kept lurching into my consciousness and you guessed it, I’d be up.

Undones from the Future came to plague me as well. If they visited me over my morning coffee, I would consider them fodder for a walloping big to-do list. But of course, I was too exhausted from the previous night’s visitations in the morning, to have a single productive thought in my head. Like their counterparts from “Night of the Living Dead”, my middle-of-the -night, synaptic zombies would shuffle, lurch, and drag inexorably on through my sleep-deprived brain.

LURCH Order more diet cat food from the vet.
DRAG Check the chemicals in the hot tub.
SHUFFLE Look for the little dual voltage travel water-heating thing so we can take it traveling.
LURCH Remind Dewitt to find and put up the motion sensor light outside.
DRAG Trim dead bird-of-paradise blooms in front garden.
And so on. Forget about using one of those little light pens that you can use to write down your list in the middle of the night, guaranteed to keep from waking your spouse and to allow you to fall right back to sleep, safe in the knowledge that you have corralled and organized the zombies.

Suffice it to say that I’d fumble around in the dark, knocking all other implements from my bedside table to the floor, searching for this small item that if I weren’t so irritated would help me so much. But then, I’d be frustrated and heading toward pissed off, so once again I was AWAKE. and up for a while. The only thing that seems to help dissipate the nighttime anxiety WAS anger.

The one thing that truly made it all bearable was knowing that I was not the only one. Even though I didn’t see my sister goddesses on the Fretliner (see previous blog post), I knew they were there – in some other car, riding along with me, sharing my sweats and terrors. The movie was so much easier to handle knowing what to expect and experiencing it together. And that it was normal. And temporary.

So hang in there, dear sisters. I swear to you it gets better.
(material partially adapted from Lynette’s ebook Becoming A Menopause Goddess, available also in softcover as The Big M)