Menopause: The Heat is On 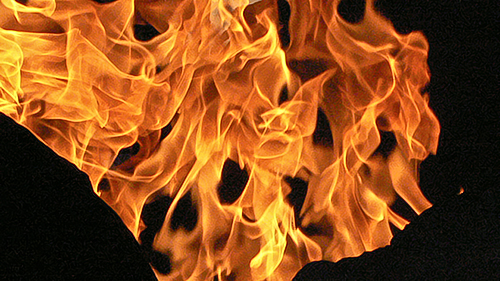 PMS. The bloating, the cramping, headaches and irritability – who could have known that it was the barest hint of what was to come?? Who imagined that we could and would feel so so so much worse? Hot flashes can be one of the most intense of physical changes symptomatic of the Change. When your body temperature goes from 98.6 to 3098.6 in the space of a heartbeat, your attention becomes solely fixated on that HEAT! No matter what clever euphemism is chosen to describe these incendiary bursts: power surge, short personal trip to the tropics and the like, the fact remains that they peg the discomfort needle well into the red zone.

The word “Flash” is actually a misnomer except in relating the intensity and speed of onset. It can be likened to a strike of a lightning bolt. Flash conjures up images of “short”, “burst”, “over with quickly”. But alas, that is rarely the case. A flash can last 5-15 minutes, or more for some of us. A menopausal theory of relativity applies here. (As so much with womanly experience, this is scientifically unproven, but anecdotally FACT. Just ask a group of midlife women.) As we approach the heat of light, time slows down and that five minute hot flash seems like a blazing eternity. Telling us to go to hell is an empty threat. Been there, done that.

Our Goddess group ultimately have agreed that the next person who tells us that they think of hot flashes as wonderful ‘power surges’ gets the full brunt of our fury. Power surges are a serious hazard. Ask any electrician. We need industrial strength surge protectors – we are frying our circuits!

Take heart, though. If you are just starting this journey, know that it gets better. Although some women report having milder versions of their hot flashes well into their seventies and eighties. All we can say about that is: WTF?

(excerpted from the book of our adventures through perimenopause and The Big M:  Becoming A Menopause Goddess.)