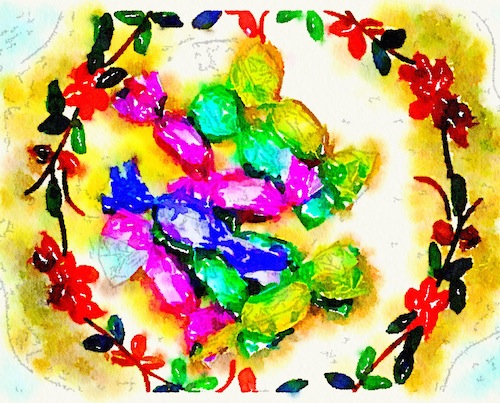 This informative guest post comes to us from our friends at menopausesupplement.com. Licorice may just relieve our hot flashes – just think, we might be cool without hormones or the latest trend of prescribing antidepressant drugs. (Talk about using an elephant gun to kill a fly – antidepressants purely for hot flashes? Really?) Read on for enlightening info including how licorice has effects similar to SSRI antidepressant drugs – without the big dog side effects.

When faced with menopause symptoms, many women turn to menopause supplements because of the health risks associated with hormone replacement therapy. The most common herbal remedy for menopause is black cohosh. While some women have experienced success with black cohosh, many have been left disappointed and forced to take more drastic action for their menopause symptoms. What many women do not know is that licorice is a viable alternative and research is continually showing what a great menopause supplement it can be.

A recent study conducted with 90 women showed that licorice root is effective in reducing the frequency and severity of hot flashes. In fact, licorice showed approximately a 90% reduction of severe hot flashes while the placebo only showed less than a 10% difference. After 8 weeks the test group stopped taking licorice which resulted in hot flashes going back to their original levels, confirming that licorice is effective.

No one knows for sure why licorice is effective for hot flashes but it may be a combination of two interesting properties of licorice. First of all, licorice has similar properties to a selective serotonin reuptake inhibitor (SSRI).  A SSRI influences a neurotransmitter called serotonin which is thought to have a role in affecting body heat and thereby reducing hot flashes. Additionally SSRIs are generally used for their role in elevating mood and may be beneficial for women going through mild or moderate menopause mood symptoms*.

Another reason licorice may be so good at alleviating menopause symptoms is that it is a phytoestrogen which means that it mimics the effects of estrogen in the body.  Menopause symptoms are closely connected to diminishing estradiol (a type of estrogen). It was previously known that that glabridin, a molecule in licorice, functions like estradiol.  In one of the pioneering studies on glabridin, glabridin was proven to be a phytoestrogen that actually binds to estrogen receptors in the body. According to the study, “The stimulatory effects of 2.5–25 μg/animal glabridin were similar to those of 5 mg/animal estradiol.” So it makes sense that a natural substance that shares the same structure as estradiol, and is confirmed to operate similar to estradiol in the body, will have beneficial effects with respect to relieving menopause symptoms.

Overall, licorice-based supplements have been clinically studied and found to greatly reduce common menopause symptoms by naturally replace the bodily substances that are diminished during menopause.

While it may be tempting to attack the candy aisle at the grocery store, you should know that licorice candy is not really licorice and furthermore taking licorice for an extended period of time can be bad for your health. There is a menopause supplement based on a licorice extract called MenoSupp that is specially formulated for safe daily consumption. You can learn more about licorice and MenoSupp at: www.menopausesupplement.com.