Beyond Hesitancy: A Midlife Leap of Faith To the Unknown 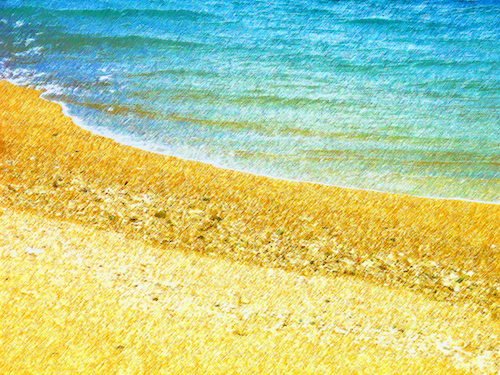 Sirena Pellarolo shares an inspiring story of how to create a vibrant Second Adulthood in this wonderful guest post. Enjoy!

Beyond Hesitancy: A Midlife Leap of Faith To the Unknown
Guest Post by Sirena Pellarolo, Ph.D.

“Over and over I’ve watched peri-menopausal symptoms resolve in women who’ve had the courage to negotiate the rapids of their midlife transitions consciously and in an empowered way in which they finally give their own needs high priority” (my emphasis).

I’m finally rocked by the magic murmur of the Ocean. It’s soothing and sometimes haunting. I’ve been yearning to live by the ocean for decades, and I always thought it would be impossible. Who would have thought the solution was right in front of my very nose? I just needed to change my perception and open up to the possibilities. As an appointed Sirena, I knew that my Oceanic Mother Iemanjá wanted me close to her healing waters. Now I am, and I feel that each day that I spend in her presence, I’m closer to my own core, my aquatic essence. It took me courage to push the hesitancy aside and just do it.

The story I’m sharing is an exemplary tale of how we can make positive and self-supportive changes at midlife. By telling my story, I wish to convey to other women that it’s safe to listen to our own intuition and follow our deepest dreams. As midlife women, we’ve lived too long making sure that those around us had everything they needed, be they family members, co-workers or bosses. It’s our time now, time to pay attention and listen when our soul beckons us to release more life, be more of who we really are without apologies. The more we do it, the closer we’ll be to our own self-expression and fulfillment.

Take my case. I spent a whole lifetime of obligations as a single mom. Strayed away from my own artistic, mystical inclinations when I migrated to the US with my family of two baby daughters and an artistic husband who refused to give up his own art no matter what happened. Although what I am going to share was probably a biased perception, at that time I felt that I was the one who had the sole responsibility to anchor my focus on the day-to-day survival of the family. I created a life crisscrossed with duties, and although I did pursue a career that was close to my heart, the freedom and creativity that I craved became repressed and acted out in ways that –I see now–, could have been avoided by just letting out some steam and addressing the longings. Too much rational work as an academic thwarted my poetic nature until I hit peri-menopause at forty-five, and it then became unavoidable to shed the masks I had donned to perform the victim role that didn’t fit me anymore.

In a recently completed chapter titled “The Masquerade is Over: Shedding Masks at Midlife,” included in the collection Menopause Mavens, from Mayhem to Mastery, I recall the incredible transformation that I underwent fifteen years ago: the opening of the path that has brought me where I stand right now. Prompted by a series of psychic upheavals and deeply symbolic events, I ended up renaming myself and changing the course of my life forever by simply acknowledging my deepest desires. However, looking back at that transformation, in the mentioned piece I acknowledge that I wasn’t able then to fully “embody the greatness of la Sirena,” as I did not dare to “cross completely the threshold” that separated the old version of myself with my magnificence.

In her comments, the editor of the anthology addresses my hesitancy, “this feels like your next book topic – how to fully embody the new you and releas[e] the hesitancy…. how to explore what the blocks [we]re, [in order] to really embodying her.” I truly appreciate Jane’s feedback for it propelled me to start working on a book guided by my own process of identifying and overcoming my inner fears. In turn, I use this acquired self-knowledge to guide women who have been holding on for too long to old limiting belief systems and behaviors and discover at midlife that they can feel happy, creative and fulfilled.

After my peri-menopausal wake up call, I slowly but surely started to pay attention to the stirrings of my soul and allowing my intuition to move me, tentatively at the beginning, with more courage and heart in recent years. At fifty-five I underwent another turning point when I retired from my position as a professor to pursue my passion and calling as a healer. But the real pivot happened in the past six months, during the last of a five-year transition from full employment to retirement, as I was building my practice as a certified Holistic Health Coach. I plunged into the revamping of myself by listening closely to my yearnings towards service, as I knew I had so much to offer other women by just sharing what I had learnt in my own healing experience.

During those five years, I had consciously embarked in the process of stripping myself of the accoutrements of my old profession, by deepening my spiritual practices and learning everything I could about how to become a heart-centered health practitioner. I knew that this last year of my semi-retirement, was going to be crucial to catapult myself into my new career. Interestingly, several external events inspired me to take a radical leap of faith toward the unknown.

My younger daughter Violeta and her husband decided to leave Los Angeles and move back to Boston, where Andrew and his family are originally from. They were also expecting a baby, my first grandchild! In my various visits with them–and more intensely when BB James was born in July–, it became very clear to me that I had to move out of Los Angeles and start a new life elsewhere. I didn’t know where, but it became crystal clear that I had to let go of a city that had ran its course, and de-clutter my life from old stuff that didn’t serve me anymore.

“I renounce everything to have it all” became the theme for this process of letting go. The admonition haunted me, I repeated it as a mantra, and its meaning helped me move forward. I breathed it, I prayed it, I dreamt it. As soon as its profound meaning became flesh and I stood in the power of that calling, I willingly started selling or tossing everything that I felt was cluttering my life. The more I got rid of, the freer I became. I was feeling lighter and ready to tackle the next stage of my life with a clean slate.

This was the time when my older daughter, Paloma–who had been living with me and was the original instigator of this process of decluttering–, decided to leave Los Angeles too. Wow! I was alone now… Why would I stay in this city past December, when I would be fully retired? It was a perfect opportunity to let go of a place and a lifestyle that had had me running around trying to be productive, spinning my wheels to provide for others and really slow down, catch my breath and recoup all those dreams I had put in the back burner twenty-five years before, like writing and traveling.

These past six months have been the most liberating of my life, as I got rid of things, situations and places that were imbued with the clingy energy of self-limitation and frustration. As I released, I was making space for the new to sweep me up ad move me forward.

In my need to simplify my life and focus 100% on my healing practice, the calling for travelling and going back to the simplicity of Latin America, where I’m originally from, started to haunt me. I wanted to visit my aging mom in Buenos Aires, and spend time in my beloved surfers’ beach of Santa Teresa in Costa Rica.

In mid December, after I posted the grades of my last classes, cleaned up my office at school and sent the 30 day notice to vacate the rental place I had lived in for the past five years, I still didn’t know where I’d go come mid January. However, I was certain I’d receive guidance and stayed in trust that the right place would reveal itself in due time.

Sure enough, one morning in meditation I got a download to reach out to an old friend who had been my grad school classmate from the early 90s, and ask him if he had a room available in his beautiful ocean front home in Baja California. I knew this was a long shot, because my friend is very private and really cherishes his aloneness and is content sharing his ample home with his four cats. In addition to that, he rarely checks his email and doesn’t have a cellphone. Very difficult to get in touch with him!

By the beginning of January, I still hadn’t heard back from him and already assumed that my request had not been well received. Until one day I finally got an apologetic email about the delayed response, where he assured me of his delight to have me share his home with him. I was elated at this and speeded up the process of packing up, storing and getting rid of my last belongings.

As I look back, I really don’t know how I did it, how I found the courage, determination, patience and persistence to go through this protracted process of letting go and trusting the intelligence of the Universe in the process of moving towards my next stage in life. But the fact is I did. Now that I’m settled in this beautiful home, facing my beloved ocean, allowing myself to be rocked to sleep by its continuous cadence, I look back and take stock of this experience that can serve as an example of how to change around our lives at midlife.