This is Not Your Mother’s Menopause 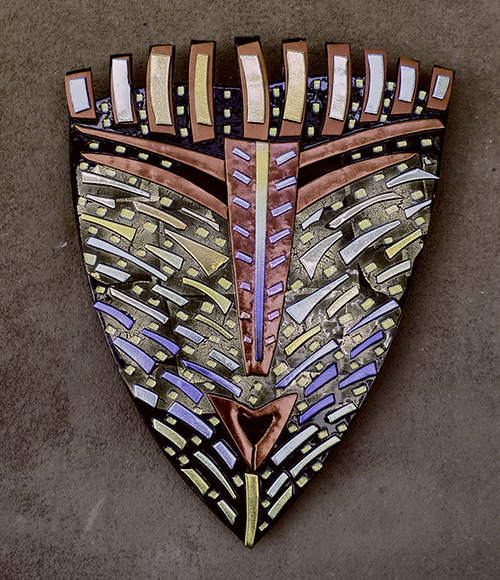 After menopause, are you the woman you were?

The quote “Change is the only constant” has been attributed to the philosopher Heraclitus of Ephesus. I’m guessing he borrowed it from some menopausal woman in his life.

As the content person for genneve, a company focused on helping women have an easier menopause, I hear a lot about the changes women go though in midlife. Almost none of the changes, it seems, are welcome, maybe because they strike at the heart of something we’ve spent 50ish years (on average) developing: our very identity and sense of self.

Categories of change
There are changes (small “c”) in life like getting a new job or moving to a new city that may change our circumstances but don’t really alter us in any profound way.

There are Changes (big “C”) like marriage, divorce, kids, health crises, or loss of parents that may change some aspects of our identity very deeply: wife to singleton or vice versa; person to parent; well to ill; offspring to orphan.

Then there’s The Change (big “T” big “C”) that changes everything: menopause. Our outer appearance, our inner workings, our identities as “woman” can be utterly new and different.
How we navigate that change is, some say, within our control, but many if not most women in menopause know that during this transition, very little seems “within our control.”

If everything changes at menopause, from our waistlines and hair to the ways we cope with problems and our attitudes towards nurturing others, are we the same women we were before?

Menopause as loss
So here’s the problem with trying to define a post-menopausal identity: all the current options suck.
In much of popular culture and opinion, menopause equals “loss” – it’s a time of things being taken away (energy, perky boobs, fertility) and of things that must be given up because they’re no longer “appropriate” (short skirts, long hair, self-confidence).

The good news is, we’re not stuck with the current definition.
In a culture where fertility is your #1 value prop, of course menopause is going to be a crap option. Fertility isn’t just being able to reproduce, it’s all the properties that go with it: thick, shiny hair and a narrow waistline but also the ability to put up with other people’s nonsense, keep a lid on rage, and maintain a desire to nurture others at the expense of self.

Women after menopause may have none of these, and some may define that as a loss. Even more, if “mothering” is a woman’s primary purpose (and our culture certainly seems to think so), then once that possibility is gone – and even the instinct is diminished – so is a woman’s very identity.
Nonsense.

If menopause is like a second adolescence, I’d argue you have the same opportunity a tween does – the life ahead of you is yours to define, and there’s plenty of it.

Menopause as gain: from reproductive to productive
Sure, Mother Nature taketh away, but she also giveth: generously, even lavishly. We just have to learn to value the gifts we’re being given as much as the ones we lament losing.

Creativity. Maybe your new self is part Georgia O’Keeffe? Freed from the cycles of procreativity, many women feel a surge of creativity in this second chapter. As one who previously taught at the community college level, I can tell you hallways were teeming with mature women taking classes in everything from Photoshop to creative writing to dance to political science. Margaret Walker wrote her first novel, Jubilee, at age 51. How about the woman who created more than 1,700 works of art, starting when she was 68 and continuing for the next 20 years. Finished? Dried up? Done? Tell that to Mary Delany.

Attitude. Perhaps second-chapter you is a little Dorothy Parker? A lot of women in our community spend time apologizing for being a little “sharper” and not as nurturing as they previously were. We say things we once would have swallowed. We push back where we formerly would have gone along. We’ve learned to say “no” and mean it. The trick is to embrace all these things and not apologize for them when no apology is warranted.
Sexiness: Does your post-menopausal identity have a touch of Mae West? Women over 50 (heck, over 40) complain about suddenly feeling invisible, and with good reason. If you want evidence that mid-life women are underrepresented, try finding good images on a photography site sometime. Women over 50 generally aren’t represented as sexy, sexual beings, which may be why so many don’t seek help for the vaginal dryness and limp libido that can come with menopause – who needs ‘em? But check out Rachel Peru, who started a modeling career at 46! Mature women are vibrant, gorgeous, adventurous, and experienced, often with a new confidence and sass that Mae West would appreciate.

Time. How about a little Madonna Buder in your post-menopausal mix? Menopause isn’t the signal that it’s “all downhill to death” from here on out, far from it! The average woman in the US can expect decades more time. And if she takes care of her health, eats well, walks or does other exercise, those decades can be a joyful time of exploration, discovery, and growth.

Menopause and the years after get a really bad rap, and sure, there’s plenty to complain about when you’re dealing with hot flashes, poor sleep, vaginal dryness, and headaches. But we’re starting to see menopause being redefined for the modern woman. Women are embracing their gray hair, celebrities are speaking out about their menopause journeys, women are starting to have conversations about menopause in the workplace.
Your years from here on out may be more your own than any you’ve had so far, and you have more freedom and possibility to define your own identity than any generation before. This definitely isn’t our mothers’ menopause.