Telemedicine for Menopause? You Bet! 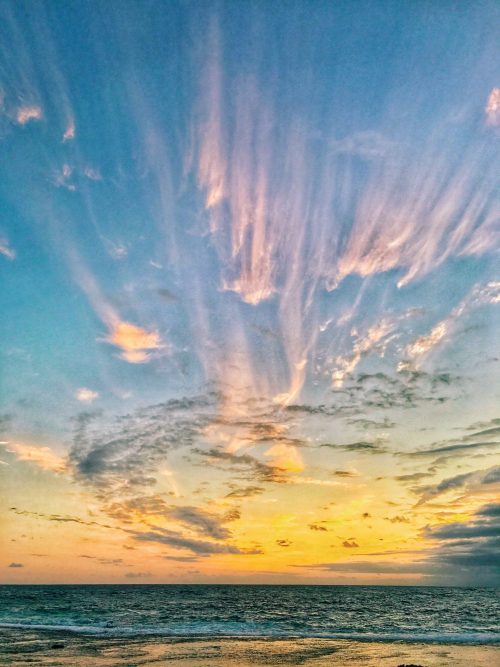 I am so excited to tell you all about a new telehealth company focused on treating and supporting menopausal women. I had a chance to talk with CEO and founder, Alicia Jackson, about Evernow, what it is, how it came to be, and their vision for redefining women’s health. I’ll post our interview in three parts here on the blog. This is the future of women’s health.

Menopause Goddess Blog:
Welcome, Alicia. Thanks for being here, virtually that is. We are so excited to hear more about Evernow. To begin with, please tell us a little about you and how you came to found Evernow.

Alicia Jackson:
Right before founding Evernow, I had founded another company. We developed a new medical device to enable people to do a blood draw at home themselves. One of the first industries we ended up selling to was the fertility industry. And I was just blown away by how interesting that entire space was. I had never found a space in medicine where the majority of the experience for the consumer was oriented around her needs rather than the insurer’s needs.
And I said to myself “Wow, this can be done differently. And isn’t that so interesting? I think this could be the future of what healthcare looks like.”

I originally thought I was going to launch a fertility company. I have a PhD in science and engineering. So I love taking new breakthroughs in science and engineering, and then applying them to the real world and seeing how we can get them out there. I thought this would be the perfect intersection. It was in the journey in the fertility space—, talking with physicians, and talking with women— that I came across the notion of reversing menopause. The first time I heard that phrase, I thought “what are these people talking about? What does it even mean to reverse menopause? And why would you want to do that?”

I started digging down into menopause. My research was initially around young women who’d gone into medically induced menopause due to chemotherapy. But this journey took me further — to a place where I came to understand not only the acute short term health effects of menopause but also the longer-term outcomes: the drop in estrogen, what happens to women’s health after that, the increase in the diseases of aging, and mostly how unaddressed and overlooked it is for women. Your hormones start changing in your forties which is why so many women have trouble getting pregnant in their forties. This all goes hand in hand with starting to experience symptoms.

As I was researching, so many women told me about feeling like their bodies were going haywire, about not understanding what was going on with them, and about not being informed about what might be happening to them. They were shocked by the changes and by not being able to get the care that they need.

I had been thinking about telemedicine around this time. It seemed like the perfect way to connect women to medical practitioners who deeply care about menopause and have expertise in it. I thought, bingo, this is the company I’m going to build. We began formulating the company, raised money for it, and then launched it. That’s how I got to where I am today.

Menopause Goddess Blog:
That’s a great story. I think a lot of women will be thrilled that you decided to go down that path. It’s really an underserved population even today, even with the North American Menopause Society and the advances they have made. I don’t know how much you know about them or how much connection you’ve had with them.

Alicia Jackson:
We just brought on a member of NAMS to our medical advisory board. So we’re beginning to build a more solid connection.

Menopause Goddess Blog:
Right. You were talking about FDA-approved therapies and such. A question I know our readers are going to want to ask is “what about alternative or integrative practices, dieticians, resources like that?”

Alicia Jackson:
That is such a good question. We are geared to making decisions based on solid scientific evidence and we specifically decided to stick to that for the beginning of Evernow. We decided that was going to be our initial focus for the company, but that doesn’t mean we won’t branch out into other areas. We have actually begun looking into things like phytoestrogens, black cohosh, vitamin E, and the roles of diet, exercise, and cognitive behavior therapy. We are looking at these other alternatives since not all women qualify for hormone therapy, but they still need help and they deserve help where they can get it.

What’s been frustrating is that the quality of the studies [on alternative therapies] is often poor. You have a lot of hints that something might be helpful, but no solid evidence behind it. That doesn’t mean that it won’t work for some women. Our current viewpoint is that at a certain point in Evernote’s evolution, we might start to run some of those studies where we can track women over time who are taking, say, black cohosh, and collect some true evidence.

Menopause Goddess Blog:
Thanks. I think that is helpful. That tells me the lens that you’re looking through. And I get it. I would say that speaking as an RN, who’s done a lot of research. I would say the reason those research studies have not been done is that there’s no money to be made. I found that as a nurse, I could get funding anytime I wanted for studies that have been done a hundred times before, like measuring pressures inside the heart. They gave money before we even asked. However, if I wanted to look at something that wasn’t going to make somebody a lot of money, then they were uninterested. This is a difficult thing still. And I think between you and me, it’s super frustrating to women.

Alicia Jackson:
I’m in agreement with you. We are talking about somebody’s health for the rest of their life.
And just to bring together our vision of Evernow, we’re starting with menopause, but all of women’s health from age 40 onward is completely underserved. These days women are so health-conscious. They’re taking care of their families, aging parents, homeschooling their kids. Many of them are working part-time or full-time. One of the things we’re very excited about with Evernow is that we have the ability to reach so many women, to have a truly comprehensive health record, and to track them over time. We can start to think about doing some of these studies and adding to the evidence-base of what works for women with certain health histories and with certain symptoms.

Menopause Goddess Blog:
I love that. And as you know, doing prospective studies is always better than retrospective any way you look at it.

I have to say that I love the Evernow promise. Could you just share it again just cause I’d love to hear it in your words.

Alicia Jackson:
Yes, absolutely. It is giving women access to the best evidence-based care information and treatments for menopause, period.

Menopause Goddess Blog:
That’s great. Certainly, my readers are everywhere and there are women who don’t have access because they’re rural. They have nobody to turn to. On my own island, we don’t have an OB-GYN. We have medical care, but we don’t have that. For women who are in the rural Heartland or unable to get care easily, I think that this could be really useful. Particularly now with the pandemic and lockdowns.

Alicia Jackson:
Just to build on that, what was really surprising to us when we first launched the company is the number of women who don’t have access to regular health care. Some women hadn’t visited a doctor in years. Our physicians were really shocked to find there’s a whole invisible core of women who aren’t getting regular healthcare. It’s a bigger issue than many people realize.

Menopause Goddess Blog:
Yeah, I would agree. And, you know, I get letters from women who say “well, I tried to talk to my doctor but s/he was no help” or women who do have an OB-GYN and feel their MD is interested in the OB part and some of the GYN, but certainly none of the menopause.
Could you please share how you think telehealth works? If you could say it really simply? A lot of us obviously have learned a little more about telehealth amid COVID but some people don’t really know how it works. Could you talk about how and why you think it works.

The best quote I’ve ever heard about telehealth is this: “ telehealth is just healthcare. But you do it online. Period.” A good analogy for this is banking. We do that online but we don’t call it telebanking. It’s just banking. We’re simply doing it in a much more convenient manner. That’s really what telehealth is. It’s those aspects of healthcare that you do online.

There’s so much more than I think any of us realize that you can actually do online. A lot of preventive care and a lot of basic care for sure. Telehealth doesn’t cover everything. That’s something we’re very clear with our patients about. There are still reasons why you need to go see a provider in person.
For example, we want you to have your annual exam, your pap smear, and a mammogram. We want to make sure you are taking care of the things where you do need an in-person provider. The reason that telehealth works, especially for something like menopause, is that menopause can be diagnosed and treated symptomatically based on self-reporting your health history and your symptoms. That’s what makes it so well suited for telemedicine.

Menopause Goddess Blog:
That’s well said. Clearly, you’ve offered some advantages and you said a little bit about disadvantages, namely that there are certain things you can’t do it except in person. Do you see, or have you come up against any other disadvantages?

Alicia Jackson:
I would say the main disadvantage is that if you are in a high-risk category, telehealth probably isn’t for you. If you have uncontrolled hypertension, uncontrolled diabetes, or have had a complex medical history, you probably need to visit an in-person provider, who can actually see a more complete picture of you and handle all of your blood work.

That’s the end of part I. I’ll post part II of our interview soon – in the meantime, you can visit the Evernow site and learn more here: evernow.co

And here’s a photo of Alicia so you can put a face with the name: 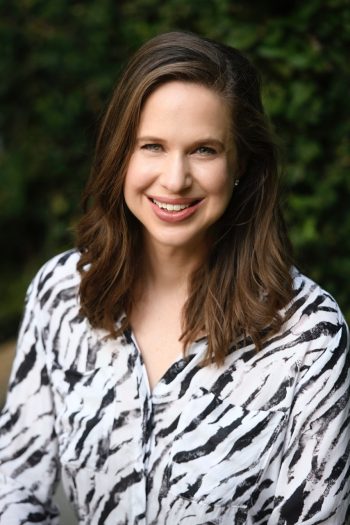 Full disclosure: I have been compensated for this post. However, as most of you know, I don’t accept compensation for anything unless I whole-heartedly believe in it as a help for menopausal women. That’s why we don’t have any ads here.

This site uses Akismet to reduce spam. Learn how your comment data is processed.